Amongst discussions with local residents were the cuts to rural bus services, the future of the Allendale Community Centre and a petition to reduce the speed limit on Rushall Lane. Vikki and Annette also addressed wider issues such as the rising cost of living and the record breaking increase in the number of apprenticeships. 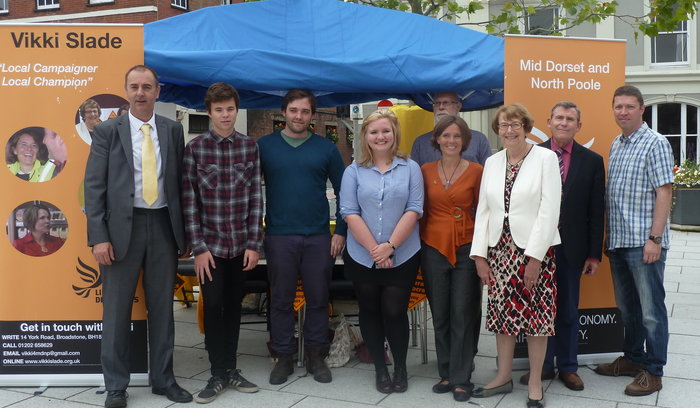 Residents were also invited to vote on the future of Wimborne Square. They were asked to suggest improvements such as adding a new tree, fountain, statue and more seating, or make suggestions of their own.

Vikki hailed the vent as a great success, "the reception from local residents was fantastic. Many of them wished Annette well for her retirement and gave their opinions on local and national matters. Like Annette, I believe it's crucial that as a local campaigner I talk to as many resident's as possible so that I can campaign on the issues that matter to them.

As well as Vikki and Annette, there was also Lib Dem Councillors from Corfe Mullen, Merley & Bearwood, Broadsone and Wimborne answering any questions local residents had.