Do you think that a nurse in Dorset is worth less than one in London?

That's what George Osborne and the Conservatives wanted to do. 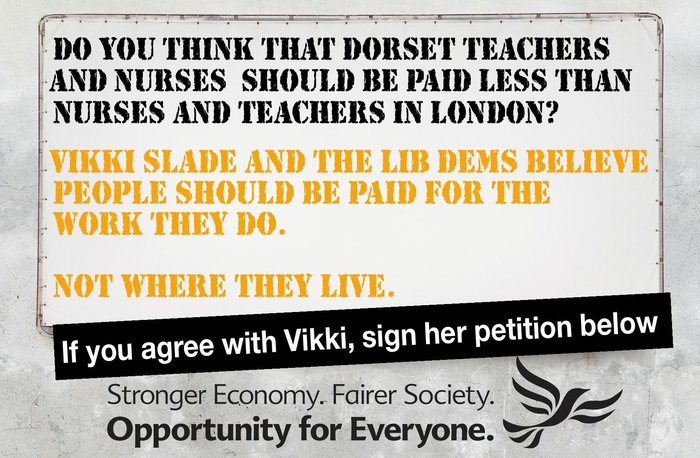 George Osborne and the Conservatives' plan would have seen Dorset and Poole nurses and teachers paid less than those in London for doing the same job.

Vikki believes people should be paid for the work they do - and that should not change based on their postcode.

Sign below to support Vikki's campaign and stand up for hard-working people across Dorset and Poole.