It was with great sadness that we heard that our former Party Leader and friend Paddy Ashdown had died yesterday.  He announced that he was battling cancer just a couple of months ago and was adamant that his story warranted no special treatment, that he was lucky and that we should all just get on with what we were doing.

This was so typical of Paddy's attitude and I am sure many of you will have memories of the great man, whose leadership first inspired me to vote Liberal Democrat in the 1990s - in particular his call for 1p on Income Tax for Education. 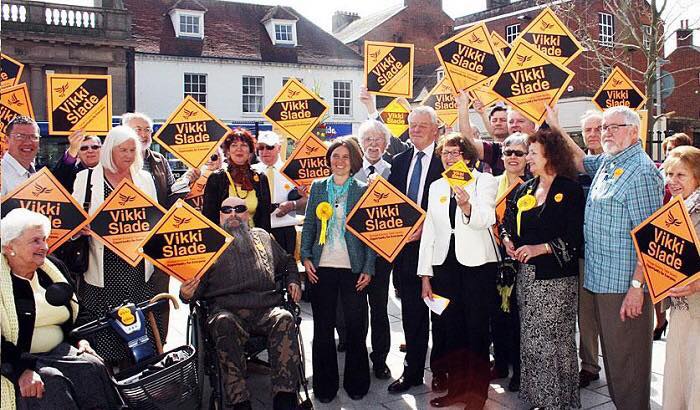 Politicians and journalists from across the political spectrum have shared their stories over the last 24 hours - but we are delighted to have some local ones, as Paddy was a regular visitor to Dorset - having spent time in Poole during his time with the military and in Bournemouth working in the Youth sector.  Annette recalls a canvass session in Springdale Road where the local team could barely keep up with his pace and more recently he visited Wimborne during my 2015 campaign describing me as an 'Atom Bomb'

Those of us who listened to his speeches regularly would remember how he described the party's performance as 'as asterix at the bottom of the page' and his campaigning in Yeovil over many dark years - in fact, after repeating the stories we got the point where we all knew what was coming but couldnt resist laughing anyway. 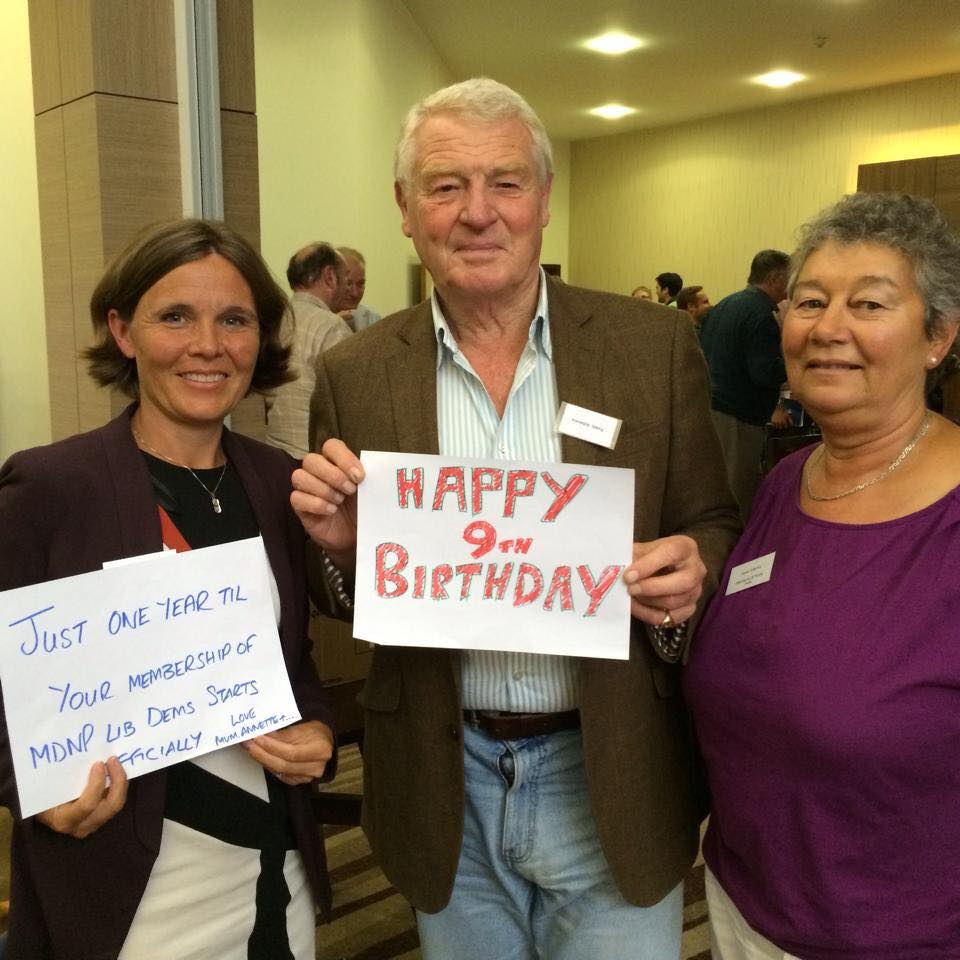 Back in 2014 at a pre-election training weekend I was frustrated to be away for my son's 9th birthday.  Paddy overheard me talking about this to our team and promptly agreed to send him a message home - he was always happy to oblige any party member or supporter if he thought it would make us work harder.

More recently at conference in Brighton, Jack was desperate for a photo with the great man...who would have known that it would be the last time we saw him.  He promised he would be back down to Dorset to make sure I got elected and that he had a new book coming out so he would kill two birds with one stone and run a fundraiser whilst promoting his book - so sad that we wont get to do that.

There are two moments in the 2015 GE campaign involving Paddy that will stay with me forever - his iconic 'I'll eat my hat' moment when I finally realised that I hadnt been able to hold the seat of Mid Dorset and North Poole and his personal phone call to me the day later.  Few people could have inspired me to pick myself up and get back out there to carry on the fight, to chalk up a failure as a step closer to a win - many of us would walk to the ends of the earth if Paddy said it was the right thing to do ... we shall all miss him.

Our best tribute to him now is to get out there and take back the centre ground, remind people that we are a force to be reckoned with and win well in 2019.  It has been amazing to watch social media with huge numbers of people joining the Lib Dems as a tribute to Paddy Ashdown - if you would like to do the same, you can use this link for just £1 per month and help us to rebuild the Party - its what he would have wanted although he would probably say 'what took you so long!'